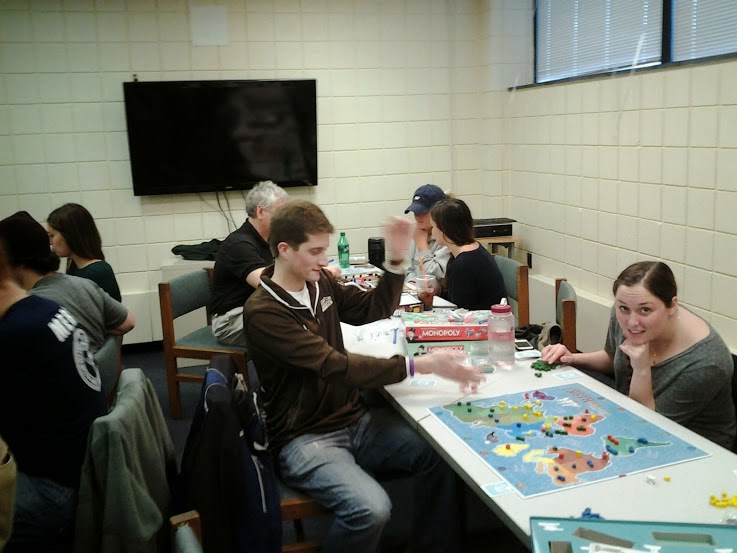 As mentioned in previous posts, the History Department and History Club hosted a game event as part of Leah's independent study on game design and gamification in history.  We had a good turnout, as you can see in the pictures, as folks played a variety of games including traditional winner-take-all games like Risk and cooperative games like Flash Point,  Ticket to Ride proved popular although, sadly, there were no takers for Settlers of Catan.  We'll have to fix that in the future.  We also broke out a micro game and a Civil War themed combat game.  While this was part of an academic event, perhaps more importantly lots of people had lots of fun with some pizza.
Posted by Phillip Payne at 6:14 AM