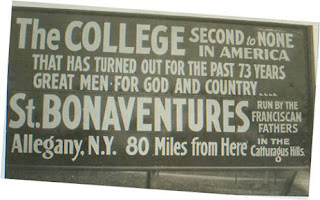 On behalf of the Department of History, I wish to welcome everyone back to campus for a new academic year. This electronic newsletter is distributed periodically through the semester. It goes to all History majors, students in my classes, various faculty, administrators, alumni, and other friends of the university.

I would like to introduce the members of our department, so that students know a little about their areas of interest and about their personal lives. I will do this in three stages, covering two faculty per issue of the newsletter. 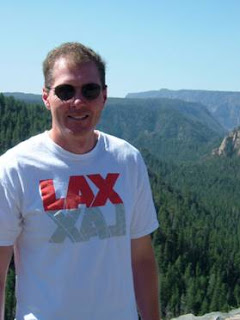 Dr. Payne at the Grand Canyon

Dr. Payne joined our department in 1998. He obtained his Ph.D. at Ohio State University. He offers a wide array of courses in twentieth-century United States history. In 2009 Ohio University Press published his book Dead Last: The Public Memory of Warren G. Harding’s Scandalous Legacy. Currently he is writing a book on the Great Bull Market of the 1920s for Johns Hopkins University Press. Here is what he says about himself: My wife is on the faculty at Daemen College, and so I commute from our home in East Aurora. This means lots and lots of audio books and podcasts. For the past few years I’ve been busy with my kids. Our daughter just went off to college, leaving only my son at home. In the spring I coach my son’s soccer team, u12 last year and u13 next summer. Last year the team did very well, winning its division with an 11-1 record. Next year will be more challenging as we will move up a division (success is not without its rewards), so I am anticipating a harder schedule. Thanks to my kid’s interest, I occasionally play soccer in an over 30 adult league. However, I get most of my exercise from running and have a nice running group in East Aurora. I’ve done a variety of local runs, most recently the Ellicottville Ultra Trail Run. A number of years ago I did the Wineglass Marathon in Corning. I’m looking to do a second one in the near future. Professionally in recent years I’ve been enjoying collaborating with Paul Spaeth (director of Friedsam Memorial Library) and Dennis Frank (the university archivist). Paul and I have been teaming teaching and have now written two essays together. Paul and I have taught our class on film and history for about 6 years. This semester Paul and I are teaching a class on Science Fiction and History, allowing me to combine a hobby with an academic interest. Dennis has become a full partner in my public history courses and has been a huge asset in getting history majors ready for the digital age. 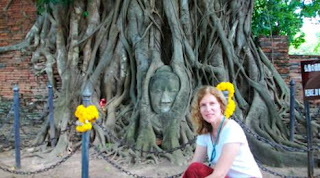 Dr. DeVido came to St. Bonaventure in 2009. She obtained her Ph.D. at Harvard University and then went on to teach for several years at National Taiwan Normal University. She teaches courses in Asian and world history. Her book Taiwan’s Buddhist Nuns was published by the State University of New York Press in 2010. She says this about herself: My hobbies include playing piano, hiking, bicycling, swimming, and collecting Asian folk art. My favorite places in Asia: Hard to say, because I've been lucky to have visited China, Japan, Korea, Southeast Asia, and Nepal, besides living in Taiwan for over 10 years, but I'm most familiar with Taiwan and Vietnam so I'd have to say those are my favorite places, whether for the friendly people, the gorgeous scenery or for the fascinating historical sites. Food too, I love the food in both Taiwan and Vietnam, so many types of fresh vegetables and fruits, and endless variety on the menus. Living once again in the northeast of the US, I enjoy experiencing four seasons, which is a nice change after Taiwan, which has a climate like Florida’s. No city in the US could ever be as crowded or have traffic so awful as a city like Shanghai, Saigon, Bangkok, or Taipei. But somehow those cities work.

The quiz below, taken from the New York Times, will enable you to see how well you have been keeping up on recent history.

a) The complete set of "My So-Called Life" DVDs

d) A scrapbook filled with flattering photos of Condoleezza Rice

2. A local government in Germany has declared a complete amnesty for what Bavarian folk hero?

a) Gunther the Talking Bratwurst

3. Britons are angrily protesting what changes to a historic national treasure?

a) the pronunciation of laboratory

b) the flavor of Earl Grey Tea

c) the color of "Thomas the Tank Engine"

d) the direction in which the River Thames flows

4. Before the President’s big speech last week on the unemployment crisis, delivered to a joint session of Congress, Vice President Biden and House Speaker Boehner were overheard discussing what?

d) The persistent suffering of the working poor

5. Democrats last week were excited about President Obama’s doing something he has struggled with before. What?

a) Persuading all Congressional Democrats to do the wave

b) Fitting his entire fist in his mouth

c) Presenting a bill with a catchy name

6. A U.C.L.A. student, Chris Jeon, wanted to do something memorable the summer before his senior year of college. What did he do?

a) Memorized every episode of "Jersey Shore’

c) Joined the rebels in Libya

d) Applied for the last remaining job in the United States

Scroll down to find the answers.

1. d. The scrapbook appears to have belonged to the dictator himself.

2. c. Authorities in the region have been trying for months to capture the runaway cow.
3. b. For nearly two centuries Twinings’ Earl Grey Tea has tasted the same. Now Twinings has jazzed it up
with a dash of lemon and a touch more bergamot.
4. c. Live mikes caught the speaker complaining about a recent round to a sympathetic vice president.

5. c. The President’s proposed bill is called simply "The American Jobs Act."
6. c. Jeon has returned for his senior year after fighting alongside the Libyan rebels. He says it will all be worth
it if the Libyan people are free and if he can get internship credit.

Posted by Phillip Payne at 6:43 AM