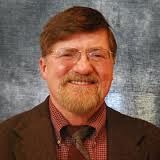 Recently Dr. Thomas J. Schaeper, Professor of History, spoke at a general meeting of the American Revolution Round Table in New York City. His topic was "Edward Bancroft: Master Spy of the American Revolution." The Round Table's members meet five times per year at a dinner banquet. Previous speakers before the group have included Pulitzer Prize winners David McCullough, Gordon Wood, and David Hackett Fischer. Schaeper's talk was an outgrowth of his book "Edward Bancroft: Scientist, Author, Spy," which was published in 2011 by Yale University Press. The book will appear in paperback later this summer.
Posted by Maddalena Marinari at 7:21 AM No comments:

Notes from the Annual Meeting of the Latin American Studies Association (Dr. Horowitz)

Between Thursday May 24 and Saturday May 26, I attended the XXX International Congress of the Latin American Studies Association in San Francisco.  This is a giant inter-disciplinary conference with thousands of attendees coming from around the world.  I spoke with participants who teach on three continents. Among the other attendees was Dr. Mary Rose Kubal from our Political Science Department, whom I did not see. She was not the most famous person to go to the conference.  The granting of a visa to attend the conference to Raúl Castro’s daughter, who is a vigorous supporter of gay rights, produced strong protests from elements in the Cuban-American community. While I did not see her either, her presence may help explain the armed guards that were scattered around the hotel where the conference was held.

The principal activity at these conferences is the many panels; the program lists 999.  The panels usually have presentations by three to five scholars on a specific subject with a commentary by another scholar.  This is usually followed by questions from the audience.  This allows attendees to hear some of the latest scholarship.  Some of the panels were excellent and several were, as they say, not ready for prime time.

Read more »
Posted by Maddalena Marinari at 2:16 PM No comments: