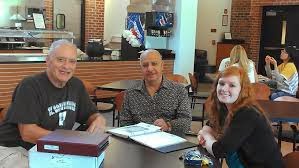 On August 21, 2012, the St. Bonaventure University archives received an $11,000 United Nations stamp collection. Ray Albertella, an alumnus who graduated with a degree in History in 1962, donated this collection to the university after visiting the campus for the first time since he graduated. As part of my summer job working for Admissions, I signed up to give tours during the Alumni Weekend. One of the tours I gave was for the class of 1962 to show them what had changed at St. Bonaventure University since they attended the university 50 years earlier.
During my tour, I showed the class of 1962 the Thisness piece to give them a sense of the types of clubs and activities in which current Bona students are engaged and mentioned the Model United Nations of which I am the current Secretary General. This peaked Mr. Albertella’s interest and after my tour he had started to ask me what our organization on our campus does. He soon told me about his collection of United Nations stamps and we exchanged email addresses.

The week following his visit, he sent me more information about the collection itself, a box with some sample contents of some of the stamp booklets, and a CD with pictures of some of the stamps in his collection. After receiving the box, I decided to bring it to the Quick Center of the Arts to see if we could create a display for United Nations day on October 24, 2012. They immediately agreed and after hearing that parts of his collection would be put on display, Mr. Albertella began cataloguing his collection so that he could send it to the campus from his home in Virginia.
From there, we worked together via phone and email to prepare for the collection’s arrival on campus on August 21. During this process, we agreed that we needed to find a safe place to store such a grand collection. We settled on the university archives so that all students on campus will have access to them. Mr. Ray Albertella even agreed during his visit to continue his stamp collection due to the great interest shown in the collection and to donate current collections of stamps from the United Nations to have here for the students to utilize. 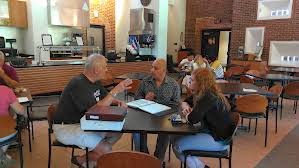 This generous donation entails stamps issued between the 1960s and the 1990s from all three United Nations Post Offices located in Geneva, Vienna, as well as New York City. The collection also includes post cards, air mailers, and information books about the collections. Mr. Albertella even plans to continue collecting stamps for the students at St. Bonaventure University. The reason why these stamps are so significant is because they are to promote peace in every place to which they are sent and celebrate major events around the world. Each stamp commemorates different things such as endangered species, the creation of new countries in the world, human rights, and United Nations day, which commemorates the creation of the United Nations. That is why on October 24, 2012 the St. Bonaventure campus will be officially celebrating this day with a display designed by members of the SBU Model United Nations in the Quick Center of the Arts on campus utilizing this remarkable collection.
Posted by Maddalena Marinari at 5:37 PM