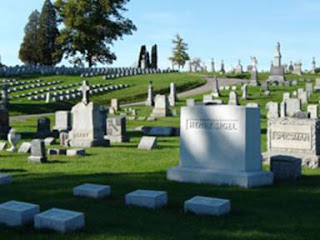 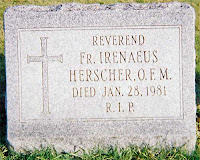 As everyone knows, St. Bonaventure has its own cemetery. I recommend it to students who need to escape from campus and get some fresh air and exercise. It’s a beautiful and peaceful place for contemplation about the meaning of life (and death). It’s also a place where one can find the graves of many persons who were extremely important in the history of our institution. Fr. Thomas Plassmann was the longest serving president in our history (1920-1949). Fr. Irenaeus Herscher served as library director and archivist for about a half century. It is fitting that our main classroom building and our mountain retreat are named after these two men.

New Member of the Department 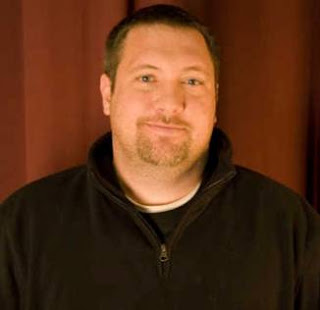 Many of you have noticed that there is a new face in the Department of History this year. Mr. Christopher Dalton is a specialist in Chinese and East Asian History. He received his BA at the University of Florida and currently is completing his PhD dissertation for the University of Arizona. He has taught at several American universities and has also spent much time teaching and doing research in China. Mr. Dalton and his family live in Olean. I hope that everyone on campus makes him feel at home here.


Jeopardy Winners
History majors accounted for two of the top three spots in the university’s recent Constitution-Day Jeopardy Contest. Colin Bearer came in first, and he has won free text books in all his courses for next semester. Mariah Wolford came in third, and she was awarded $50.00. Congratulations go to both of them for proving that being a History major can be profitable!

History Grad Ranked in Business First
Eight St. Bonaventure alumni will be honored on 9 November at a luncheon in the Buffalo Niagara Convention Center for making Business First’s list of 40 rising business leaders under 40. One of the eight is Jeff Connors, a History major, class of 2002. At commencement that year he was named Ideal Male Student. Currently he teaches at his alma mater, Lake Shore Central High School in Evans, New York. During the summer months he manages Connors’ Hot Dog Stand in Evans. That hot dog stand has been a famous institution on the Lake Erie Shore for more than 70 years. When not teaching or managing the hot dog stand, he coaches his school’s track and field team, serves as instructor in the pole vault, holds the position of freshman dean, is a founding board member of the Lake Shore Boys’ and Girls’ Club, and is Master of Ceremonies of the lake Shore Chamber of Commerce. I am also happy to report that Jeff is one of the numerous History grads who have asked to remain on the mailing list for this newsletter.

History Blog
Since last spring our department has had its own blog, with posts by many faculty and students. It has received thousands of hits from around the world. Check it out at http://bonashistorydept.blogspot.com/

Quick Center for the Arts Lectures
Sometimes we don’t realize the treasures we have in our own backyard. For many of us such a hidden treasure is the Quick Center for the Arts. Art connoisseurs from around the country often make a special trip to see what we are able to see every day. I want to bring attention to two special lectures that will be offered this week in the QCA theater. Tomorrow, Wednesday, the 10th, at 4:00 Mr. M.J. Albacete, Executive Director of the Canton Museum of Art, will give a lecture on the Sistine Chapel frescoes and their restoration. Mr. Albacete has been on the scaffolding and viewed the frescoes up close as only a handful of others have had this opportunity over the centuries. (Students in my History 101 have recently studied these paintings by Michelangelo.) On Thursday at 2:30 Mr. Albacete will lecture on Thomas Cole and American Landscape Painting. (Students who have had Clare 101 should recall seeing some of Cole’s art.)

Rooftop Sprinklers!
Let me close with something I discovered last week. I was in Plassmann 200 when I glanced at the roof of the Murphy Building and saw something extremely puzzling. I almost did not believe my eyes. I had my students take a look, and they also were amazed. What we saw was several tall black sprinklers spreading water over the roof. None of us could figure out the reason for this strange phenomenon. The only thing I could think of was that perhaps the sprinklers were watering a private golf green used by the deans of Business and J/MC! (As it turns out, there is no VIP golf green up there.) I emailed Mr. Phil Winger, Associate Vice President for Campus Facilities for an explanation, and he responded with some fascinating information. The air conditioning chiller in Murphy died a couple of years ago. He investigated cost-effective ways of replacing it. The maintenance department laid pipes to bring some of the well water used to cool the Walsh Science Center over to Murphy. Some of this well water is now piped to the Murphy roof, helping to cool the upper floors of that building on warm days. This ingenious solution not only reduces our energy costs but lessens our carbon footprint on the environment.

Best wishes to everyone for the second half of the semester.
Posted by Phillip Payne at 10:29 AM