St. Bonaventure and the World Series 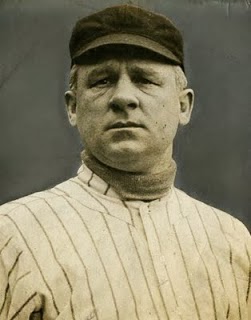 John McGraw
The recent success of the San Francisco Giants in the World Series reminded me that at one time St. Bonaventure had a close connection with both the Giants and the World Series. Did you know that a former Bona student once cancelled the World Series? The man who did this was John McGraw. The first World Series took place in 1903. Since that time there have been only two years when it was not held. The second cancellation came in 1994, when the players were on strike. The first cancellation occurred in 1904. John McGraw was the manager of the National League champion New York Giants. (The Giants moved to San Francisco in 1957). The National League was the older of the two leagues. The American League had started only in 1901, and McGraw hated the idea of giving the new, rival league publicity and respect by having the two leagues play in a World Series. So he refused to let his Giants play the American League champion Boston Pilgrims (later the Red Sox).

Bona students should recognize McGraw’s name, from McGraw-Jennings Field. McGraw attended St. Bonaventure’s College off and on from 1892 to 1896; he departed before completing his degree. During those years he and another student, Hugh Jennings, served as player-managers of the college baseball team. After McGraw left St. Bonaventure he played for the Baltimore Orioles for several years and then became player-coach of the New York Giants. He played for 16 years and had a lifetime batting average of .324. He coached for over 30 years. When baseball celebrated its centennial in 1969, baseball writers voted him the all-time best manager. His gruff style as a coach had earned him the nickname "the Little Napoleon." Under McGraw the Giants won ten National League Pennants and three World Series.
While McGraw and Jennings were students at St. Bonaventure they revolutionized the game. Legend has it that while here they devised the hit-and-run, the squeeze play, and the bunt. Jennings also went on to a stellar career as player and manager, with the Baltimore Orioles, Brooklyn Dodgers, New York Giants, and Detroit Tigers.  Soon after they retired from baseball both McGraw and Jennings were elected to the Baseball Hall of Fame in Cooperstown. McGraw’s widow donated many of her husband’s papers and other items to St. Bonaventure. Any student who is a baseball fan can see these materials. Just go to the archives in the basement of library and ask about them.


Help for Ailing GPAs
About this time in the semester many students realize that they need help with one or more of their courses. If you have been attending class, taking notes, and doing the assignments but still find that you are not doing as well as you would like, don’t be afraid to ask for help. The Teaching and Learning Center in the basement of Doyle Hall can assist students in two different ways. The first involves tutoring. The TLC will hire someone to tutor you once per week for whichever course you are having problems with. The tutor will be a student who is doing well in the course. The TLC also has a writing lab that is open Monday-Friday each week. Students needing help with their writing can sign up for an appointment in the lab. There is also a Writing Center on campus that offers services similar to the TLC writing lab. The Writing Center has two locations: in the library and in the Plassmann basement. All of these services are free to students. Each of us needs help with various things in life, and so one should not be bashful about using the TLC or the Writing Center.


History News Network
Have you ever wondered how professional historians evaluate current events?  How do they use the lessons and perspectives they have acquired from a study of the past when they evaluate today's headlines?  To find out,  go to the History News Network, an online newsletter distributed by the Center for History and New Media at George Mason University.  When you go to the site you can sign up for a free subscription.  It can be found at http://hnn.us.

History Club and Blog
Don't forget about our History Club and the History Department's blog.  For information on club activities, contact Max Schneller or Mariah Wolford.  You can find the blog athttp://bonashistorydept.blogspot.com/

Happy Halloween from the History Faculty

Posted by Maddalena Marinari at 6:33 PM