Before coming to Prague, one of the many refrains I heard was what a historical place it was. When told this, I would smile and nod and express excitement, thinking "of course it’s historical! It’s been a city for a thousand years!" Through my first two weeks in the city of a hundred spires, I can safely say that I was vastly underestimating the explosion of history that lives on every street corner.

With my personal interest in 20th century history, the Cold War to be specific, Prague seemed to be a natural choice to study abroad and has not disappointed. Whether it’s the Museum of Communism or the memorial to the victims of the Communist regime, evidence of the city’s troubled recent history is everywhere. Even in the tourist shops, some of which are around the corner from the memorial, one can purchase hats, shorts, or t-shirts stamped with the hammer and sickle.

But what is really amazing about the city is that it truly has a wealth of history from every one of the eras since its founding. On a single subway line, you can stop and see a Romanesque rotunda from the 10th century, continue on to the city center with its wealth of Baroque merchant houses and churches, and finally get off outside the city in Soviet Era block apartments. The city truly has something for anyone with even a modicum of interest in the past. 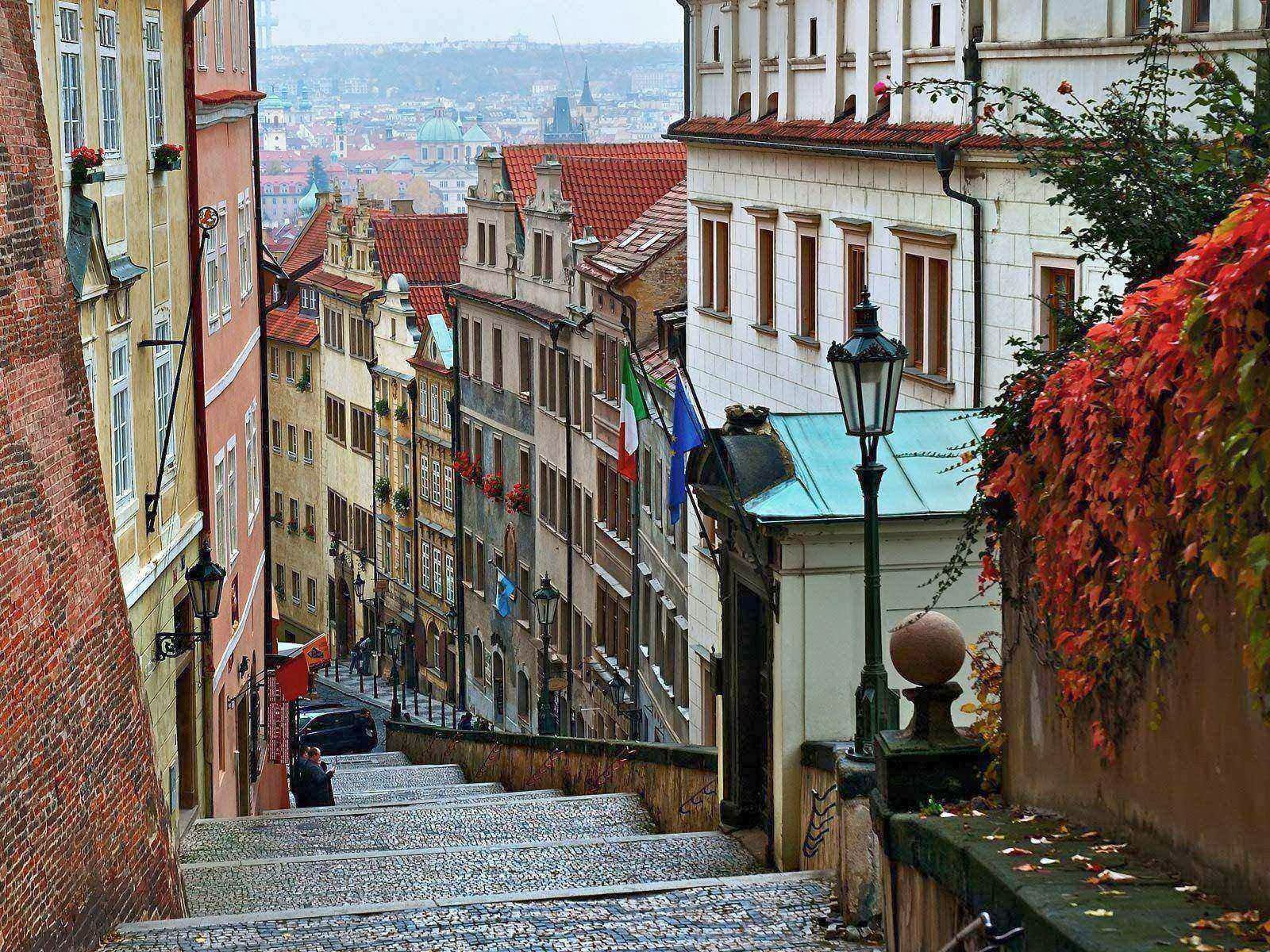 For a lover of medieval history in particular, Prague would be an absolute delight. The city reached its zenith under the rule of Charles IV, the Holy Roman Emperor who made Prague his capital city. The city was flush with imperial power and wealth and developed into an international market place. Some of the city’s best known and most beloved are from this era. Charles Bridge, St. Vitus Cathedral and Old Town Square, complete with Gothic pointed arches and elaborate religious imagery, attract millions of tourists a year.

I challenge anyone to visit Prague and not be moved by the centuries of human history that is visible before them. My experience in Prague has reaffirmed my belief that anyone who condemns history as boring simply hasn’t been taught it properly.
Posted by Maddalena Marinari at 7:07 AM