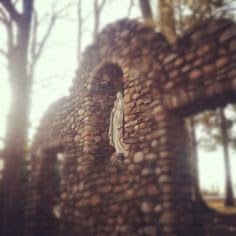 A tingle down your spine. A disturbing and unshakeable sense of being watched. A slammed window, a knock on the door, the patter of footsteps down an empty hallway; probably a drunk roommate, but possibly…a ghost, a phantom or a spirit of the undead.


As with any 150 year old institution that is populated by rickety buildings and flanked by dark forests, St. Bonaventure has its fair share of ghost stories. The history club, in the spirit of the Halloween season, hosted a ghost tour to hear the tales of the school’s most famous purported paranormal phenomenon. The tour was guided by the wonderful Chris Brown, the Director of First-Year Experience and Orientation, who shared his unparalleled knowledge of St. Bonaventure history, lore and legend with the nearly forty students and faculty in attendance.

Mr. Brown regaled the group with some of Bonaventure’s most famous tales of terror, including the green light of De La Roche, the Dev Runner and, of course, the famous 5th Dev ghost. According to legend, the green light, which supposedly can be seen in the third floor windows of De La Roche, is the tortured spirit of a student who perished in a fire while attempting to finish a research project. The student is now condemned to eternity in his laboratory, working on his assignment until the end of time. The Dev Runner, as anyone who has lived or spent time in Deverux Hall, is the name given to phantom footsteps heard in the cavernous corridors of St. Bonaventure’s oldest dormitory. The ghost of 5th Dev has its origins in the period when the floor was opened for student housing. The supernatural happenings on this famous floor are related to an alleged “black mass” performed by some of the students in an attempt to summon some sort of dark, occult power. 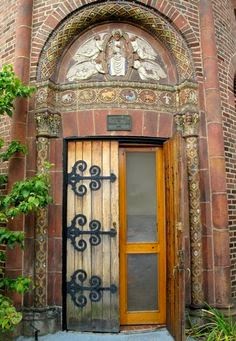 Brown was skeptical of these alleged ghost stories and noted that these stories can all be explained through unremarkable events, such as creaky floors, leaky faucets, and overactive student imaginations. He also pointed out that, while some of the school’s legends of ghosts and ghouls have basis in fact, others are either complete fabrications or cases of misdiagnosis. The stories surrounding the grotto, for instance, are total fiction, creations of bored orientation leaders to scare impressionable freshmen (Even knowing this, I still do not think I want to be near the grotto at night). The same is true of the various iterations of the “floating mask” story of a student having a nightmare of an evil mask and finding that same mask on the wall of her dorm: an eerie story, one good for spooking new arrivals, but totally apocryphal.

The fall semester is coming to a close, and the nights get deeper and longer every passing day. As you head home for Thanksgiving, stress through finals, and pack up for the hibernation period of winter break, keep your ear to the ground and be wary of vacant hallways. Halloween may be over, but ghosts never sleep. If they’re real, that is.
Posted by Maddalena Marinari at 10:16 AM