The History Club’s trip to the Strong National Museum of Play and Nick Tahou’s in Rochester on November 14th was a fun filled experience. The museum was full of not only interactive exhibits for young children, but also informative, and nostalgic exhibits about the history of all types of toys, card and board games, and video games from a wide range of topics and decades. As one who does not play video games it was neat seeing and gaining more information on the development of video games, from the first Nintendo sets, to the more modern Play Station and Wii devices, as well as learning more about the culture of the arcade. Many in the group commented on the wide variety of games and toys presented at the museum and how it made us all feel nostalgic for the games we played as children.
Overall, the layout of the museum was very causal and well done. The various floors were dedicated to different topics, as some sections were dedicated to the history of the comic book, and another dedicated to Nintendo and its founding. Our trip coincided with Sci-Fi Day at the museum, so there were various Star Wars characters, such as Storm Troopers and Darth Vader, available for pictures, as well as tables set out selling Star Wars merchandise. The floor that was dedicated to the history of both board and electronic games had a full scale arcade where tokens could be purchased to play old school video games, like Pac-Man, and pinball. There were other games, like Jenga, paper football and Battleship, for visitors to interact with. Each exhibit also was accompanied by a small section dedicated to books and other literature dedicated to the topic being which could be read at the time or checked out to read at home. The museums layout made it very efficient for a group of our size, and interest to maximize the time spent exploring the museum in the short amount of time we had there.


Our final destination before heading back to campus was a visit to the historic Nick Tahou’s, originator of the garbage plate and a Rochester specialty. The garbage plate is a messy concoction of meat, normally hamburgers or hotdogs, macaroni salad and home fries smothered in mustard, onions and meat sauce.  In keeping with the nature of the History Club it was enjoyable to go to a place that is such an historic and culinary staple in Rochester cuisine. For most in the group, it was their first ever garbage plate and their first time ever visiting the city of Rochester. Reflecting on the trip the entire group was satisfied with the experience of visiting the Strong Museum and Nick Tahou’s and was looking forward to further excursions with the History Club. 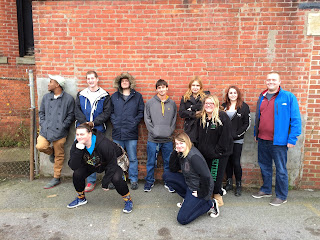 Group shot outside of Nick Tahou's 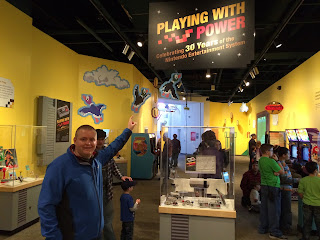 Carter Bunce enjoying the exhibit on the history of Nintendo 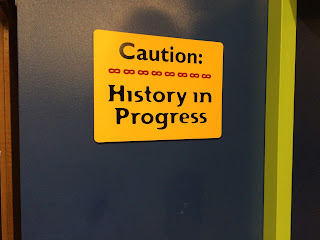 History is happening all around us! 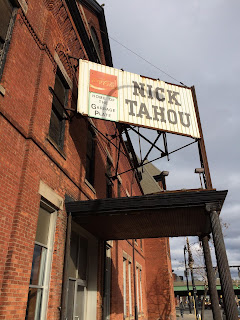 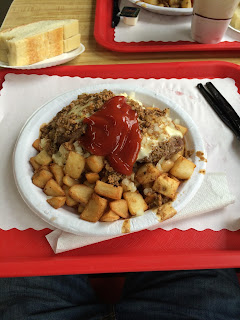