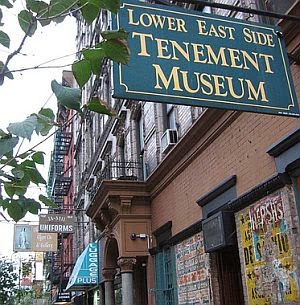 This summer I had the opportunity to travel to New York City with a group of twenty exchange students from Venezuela, Colombia, and Ecuador, who were taking part in a Study of the United States Institute at St. Bonaventure. After seeing all of the usual sites such as Broadway and Times Square, we travelled to the Tenement Museum in the Lower East Side. The Museum was originally home to thousands of people who lived in rather horrible conditions. The building was sealed off by the landlord after he was shut down and upon the reopening of it, thousands of artifacts from its residents were found. The room that my group visited was home to a Jewish family. The father of the house sewed clothing for a living, working, as many did, from his own household. The house itself had three rooms, all aligned, with only one window. There was one bedroom where the parents slept, one room which housed the kitchen and the children’s bed, and another which had the sewing station. 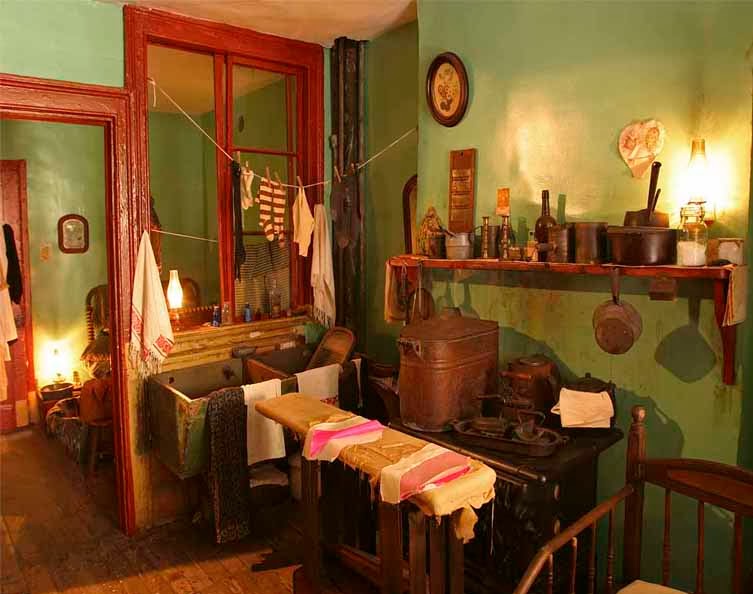 We went on a moderately hot day, in an age where fans are prominent. They lived in this house with very little air circulation and the stove, which was needed to heat the iron for the clothing, was on all day. I could not imagine the immense heat in that household. The house had several artifacts, including hand sewn dresses, a doll, and an old iron, among many other objects. This visit really opened my eyes to how bad conditions were at the turn of the nineteenth century, though some conditions continue to be this bad in cities. This housing arrangement was ideal for fires, diseases, and early death from smoke inhalation. The idea that people still live in apartments like this, though they may not be called tenement houses, is appalling. Housing is a real issue in big cities where people live in bad conditions because they cannot afford to move out of them. This museum showed me that conditions were horrible for new immigrants from Eastern and Southern Europe to America during this time period, but it also made me realize that people still live in bad conditions and something needs to be done to change it.
Posted by Maddalena Marinari at 8:11 PM