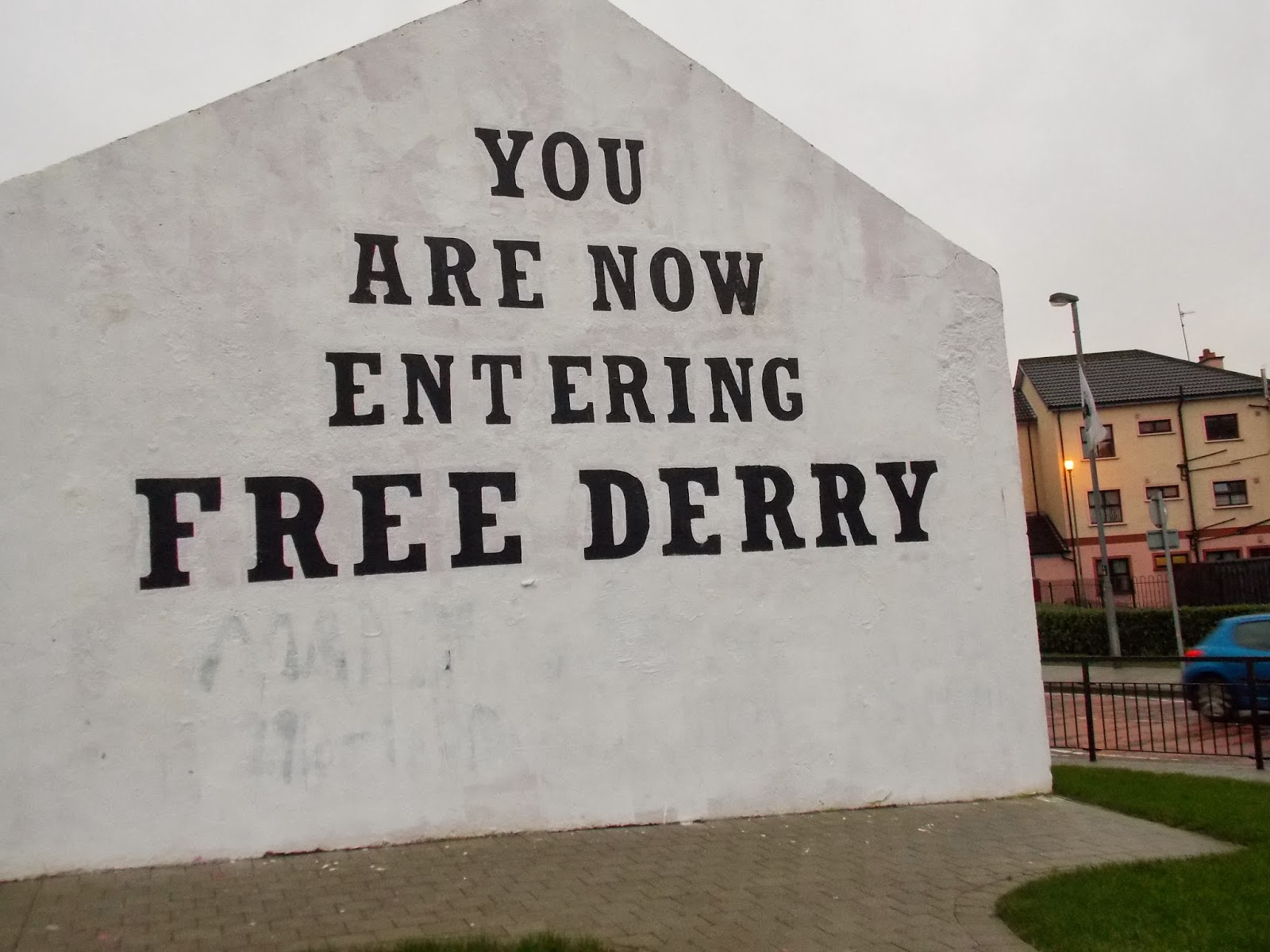 Whenever anyone mentions Ireland, they almost always define it by its color and its people: “it’s so green,” they say, and “the people are the friendliest in the world.” Well, both of these things are completely true. My first impression of flying over this country was that everything was greener compared to home; the light pollution was almost nonexistent, unlike in the U.S. And the people here are among the kindest people I have ever met; willing to share a story or advice just as long as you’re willing to listen. However, there is a lot more to this island in the Atlantic. I study in the northern part of the island, which still remains part of the United Kingdom. 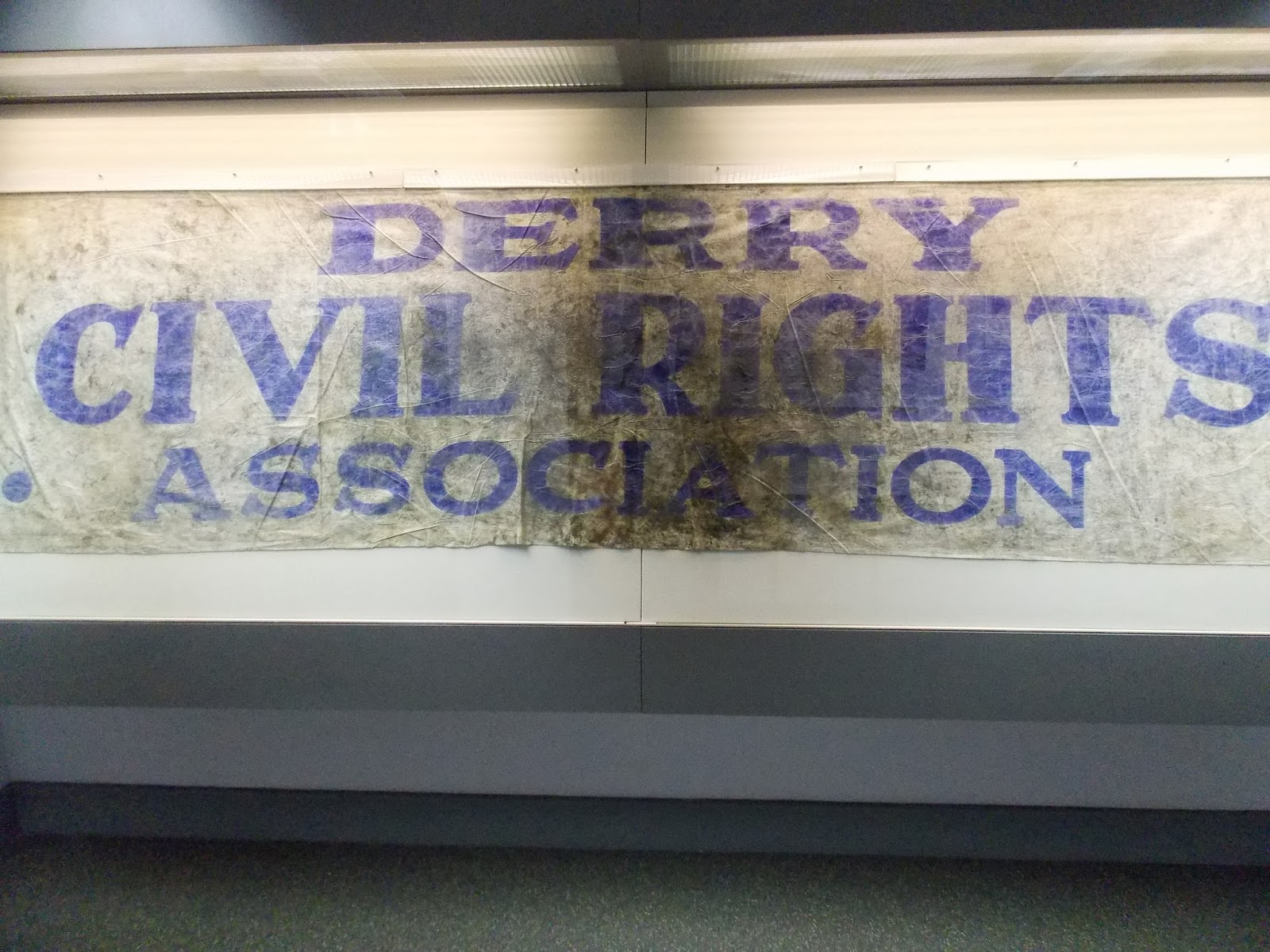 Two weeks ago, we visited the city of Derry in County Londonderry. The city continues to show evidence of the fighting that has plagued the north for decades. The Bloody Sunday Museum was our first stop on our quick tour of the city. John Kelly, our museum guide, while providing background to the event, revealed that his younger brother, Michael, had been killed during the attack. The last time he saw his 17-year-old brother alive, he was telling him to be careful and to make sure that he left if any trouble started. He described the chaos of that fateful day, a day, for a long time, that the British government blamed on the people who were killed. The investigation has been reopened, thanks largely in part to the families of the fourteen that died. The museum housed other artifacts from the era before Bloody Sunday, and from the day of the event. These included rubber bullets used by the British against protestors, which are, there is no other way to describe it, huge. The bullets they used in 1972 were also large and gold, and shot so close to the people that some of them went through two people, killing or wounding both. A  Derry Civil Rights Association banner from the day of the protest was hanging behind a glass window with a large dark stain adorning the middle. The man who was carrying the sign was shot and killed and the banner was used to cover his body after the gunfire ceased. 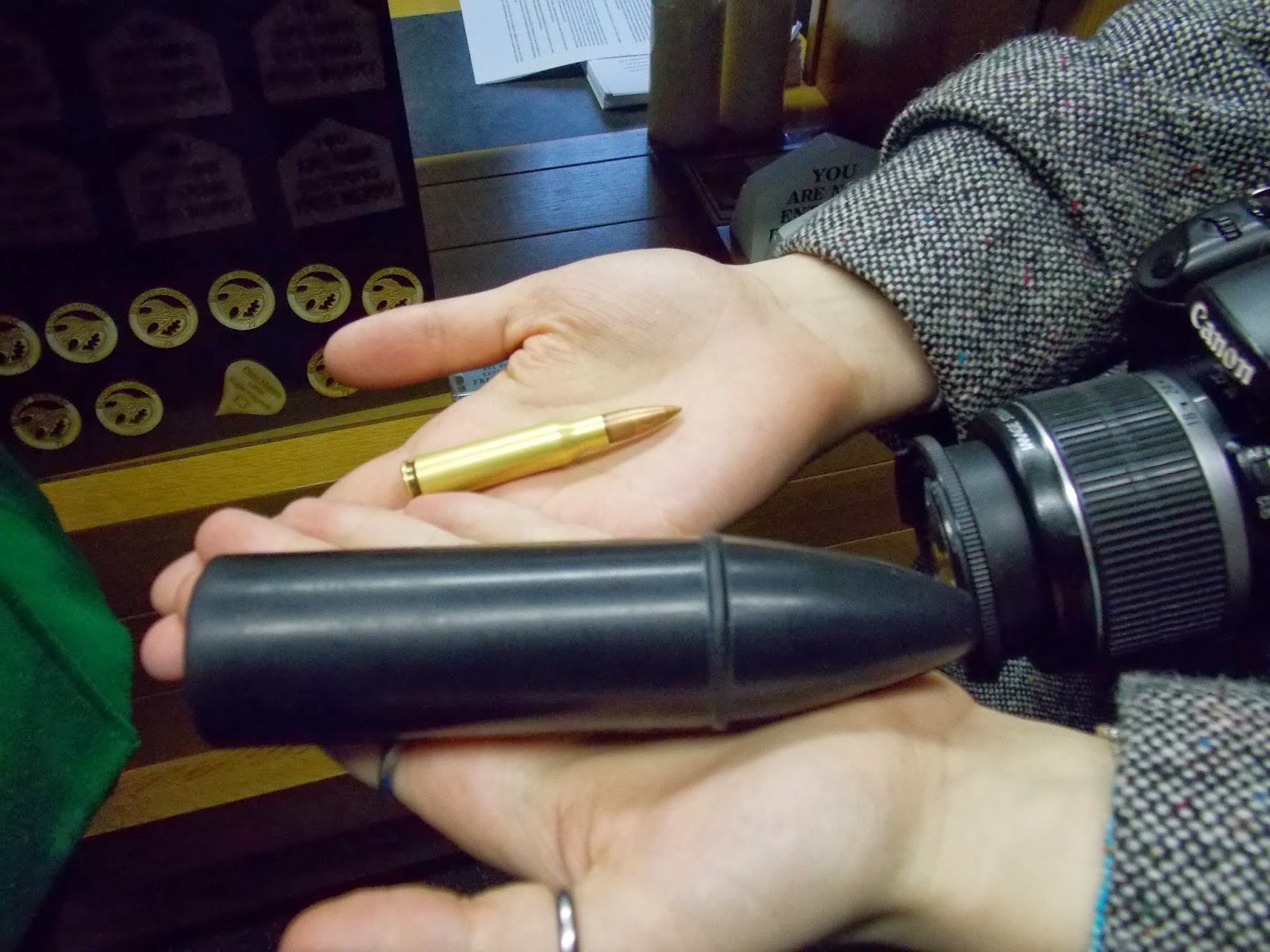 The museum was full of information of the attack by the British soldiers on the protest and is definitely worth a visit, especially as the investigation of the attack continues. The museum claims to have no political affiliation, so members of any community are welcome in it; it is not about politics, it is about justice, according to Kelly. It is only a walk down from the famous murals that exist on almost every corner of that block. We plan on making another journey to the city to see the rest of the murals; it simply cannot be done in only one day.
Posted by Maddalena Marinari at 10:16 AM